To salute or not? Obama's handshake sparks debate

Quote:Original Posted By HHSam ►
The Marine saluting and the President.

A true leader is bound to be set as example.
What examples do we have so far?

He might easily have offered this advice as well: salute.
Those who closely watch the president's every step and gesture noticed Friday he didn't salute the Marine standing guard at the foot of the chopper's stairs. After boarding and then shaking hands with the pilots, he quickly exited the chopper, and offered a handshake to the Marine at the steps, then returned for the short ride to Annapolis, Maryland for the United States Naval Academy commencement.

It's become tradition for presidents to salute the military officers he encounters when boarding the official helicopter, a tradition which is widely understood as begun by President Ronald Reagan in 1981.

But to not salute is not a break in protocol or a violation of any rule.

Nor was it likely a slight to the military. After all, Obama told the graduates in Annapolis later Friday morning, "Today we salute all the Americans who made the ultimate sacrifice in these wars, including 18 graduates of this Academy. We honor them all, now and forever."

The tradition is believed to have been started by Reagan. The story goes that he consulted the Marine Corps commandant who "told the president that as commander in chief he could salute anybody he wished," Smithsonian Magazine editor Carey Winfrey wrote in the New York Times.

It's not thought that President Dwight Eisenhower, who attained the rank of five-star general prior to his election and was the first commander-in-chief to ride a helicopter, saluted his pilot, and those before him would not have had the chance.

A hallmark of the U.S. military is that it is overseen by a civilian commander-in-chief. Some suggest the presidential salute to the troops is a sign of respect; others say it is not customary to offer a salute when out of uniform, and a sign of the over-militarization of the presidency.

And while the helicopter's rotor blades aren't spinning when a president approaches, there is still a reason for him to duck. It's to avoid hitting his head on the door opening which is a little low. (That noise you hear in the video is the aerial power unit on the helicopter running ahead of engaging the rotors.) 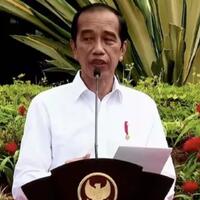 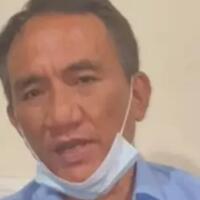 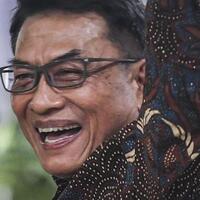