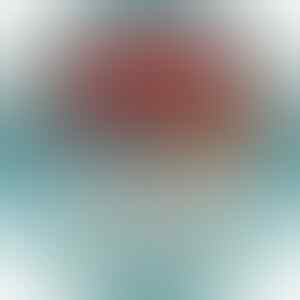 Stone Mountain is a state-owned park in an Atlanta suburb. The marchers, dressed in all black and some in paramilitary-style clothing, paraded through the park peacefully. Some carried rifles, while others were armed with military-type weapons. Ammunition belts were slung over some demonstrators’ shoulders.

Stone Mountain has been a gathering spot for white supremacist groups like the Ku Klux Klan throughout history. They even meet there on occasions, usually with protesters nearby.

One of the leaders of the July 4 march, who is unidentified, took a knee and spoke into a loudspeaker, calling out said groups. “I want the heart of the Ku Klux Klan to hear me no matter where … you are,” he said. “I’m in yo’ house. Where you at? You made a threat. We don’t threat. We don’t scare, ’cause we don’t care.”

June 18: A U.S. Navy F/A-18F Super Hornet fighter jet, assigned to the aircraft carrier USS Theodore Roosevelt (CVN 71), crashed into Philippine Sea. The two aviators onboard the aircraft were able to safely eject before the crash and were quickly recovered by a helicopter.

June 15: A U.S. Air Force F-15C Eagle fighter jet crashed into the North Sea off the coast of England killing the pilot.

June 8: The landing gear of a USAF F-35A Lightning II fighter aircraft collapsed after landing on the runway at Hill Air Force Base, Utah following a routine training flight.

May 19: A USAF F-35A Lightning II fighter aircraft crashed upon landing at Eglin AFB. Pilot was able to successfully eject from the aircraft.

May 15: A USAF F-22 Raptor stealth fighter aircraft crashed near Eglin Air Force Base in Florida while conducting a routine training flight. The pilot ejected safely from the aircraft before the crash.

A U.S. Air Force F-16CM Fighting Falcon fighter aircraft crashed at Shaw Air Force Base in South Carolina on June 30 killing the pilot, the service announced.
The cause of the crash is unknown at this time.
0 0
0
[Lounge Formil Raya - Part 24] The Largest Indonesian Military Community - Part 1

What's happening: Despite public denials, Russia has supported the Taliban politically to "cultivate influence with the group, limit the Western military presence, and encourage counter ISIS operations," the Pentagon wrote.

The report says Russia has supported a U.S.-Taliban agreement "in the hope that reconciliation will prevent a long-term U.S. military presence."

Russia has also been working to "address security challenges that might arise" from a U.S. troop withdrawal.

PM Scott Morrison pledged A$270bn (£150bn; $186bn) to Australia's arms budget over 10 years - a 40% boost. He said Australia would acquire long-range missiles and other capabilities to "deter" future conflicts. It was necessary because the region was the "focus of the dominant global contest of our age", he added.

Mr Morrison named several areas of tension including the border between India and China , and conflict over the South China Sea and East China Sea. It follows deteriorating relations between Australia and China - which are widely seen to be at their worst in decades.

What is Australia spending money on?

The new defence capability budget - about 2% of GDP - replaces a previous decade-long strategy, set only in 2016, which had set aside A$195bn.

Mr Morrison said much spending would go to upgrading arms and equipment. Australia will purchase from the US Navy up to 200 long-range anti-ship missiles, which can travel up to 370km (229 miles). It will also invest in developing a hypersonic weapons system - missiles which can travel thousands of kilometres.

During his visit, Prabowo also joined the Victory Day parade commemorating the Soviet Union’s triumph in the Second World War. He also met with Chinese Defense Minister Wei Fenghe while attending the parade, with pictures of the two men uploaded to the Defense Ministry’s Twitter handle @Kemhan_RI on June 24.

“To date, DOD has no corroborating evidence to validate the recent allegations found in open-source reports. Regardless, we always take the safety and security of our forces in Afghanistan—and around the world—most seriously and therefore continuously adopt measures to prevent harm from potential threats,” Jonathan  Hoffman, the chief Pentagon spokesman, said in a statement.

Thomas Joscelyn, a senior fellow at the Foundation for Defense of Democracies, a think tank, told the Wall Street Journal that “Moscow’s willingness to embrace the Taliban openly and publicaly dates back several years” and he would not be surprised if there is truth to the report.

On June 29, the Chinese language Lianhe Zaobao newspaper in Singapore reported that the U.S. military had confirmed that the video shows Green Berets taking part in an exercise nicknamed Balance Tamper in Taiwan. A Taiwanese Army special operations unit, the 101st Amphibious Reconnaissance Battalion, also known as the Sea Dragon Frogmen, which is analogous to the U.S. Navy SEALs, also reportedly participated.

The AC-130U “Spooky” gunship was one of the most important aircraft of the post-Cold War period. The third-generation gunships first entered service in 1995 and flew combat missions over Iraq, Afghanistan, Libya, and against the Islamic State. The gunship was equipped with a 25-millimeter Gatling gun, 40-millimeter Bofors cannon, and was the last gunship armed with a 105-millimeter howitzer operating in the direct fire role.

The Air Force retired the last of its Spooky gunships this year with "Gunslinger" taking its final flight to Davis Monthan Air Force Base on June 26, 2020. Davis Monthan is the location of “The Boneyard,” the U.S. Military’s retirement home for aging warplanes. There, under the care of the 309th Aerospace Maintenance and Regeneration Group, aircraft sit in the dry Arizona desert. Planes sit at the Boneyard until they are needed again or are permanently destroyed. Many are cannibalized for spare parts to keep planes still on active duty flying. 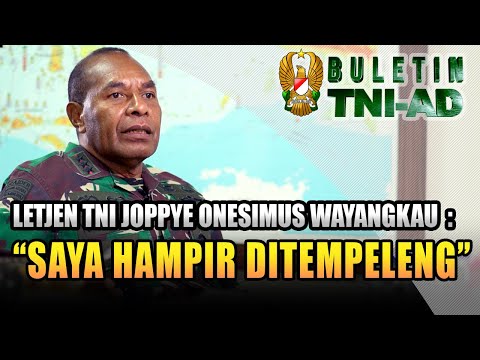 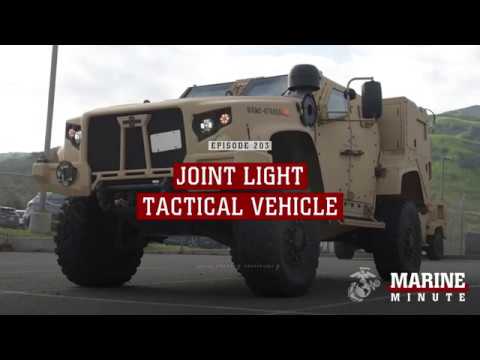 Citing U.S. officials briefed on the intelligence, the Times reports that Russia last year offered and paid money to Taliban militants for killing coalition forces in Afghanistan, noting that 20 U.S. soldiers were killed in Afghanistan in 2019, though it’s not clear which were linked to the bounties.

During a meeting in late March, the White House reportedly discussed a response, including a demand for Russia to end the practice and an imposition of new sanctions, but no action has been taken, with talks expanding recently, including informing the United Kingdom of the intelligence.

The officials cited by the Times were uncertain how high up the program goes in the Russian government, but identified it to be an operation of Russian military intelligence’s Unit 29155, which has conducted operations previously to destabilize the West and is linked to the 2018 assassination of Sergei Skripal, a former Russian intelligence officer who defected to Britain.

President Vladimir Putin’s press secretary Dmitry Peskov told the Times the government wasn’t aware of the accusation and that, “If someone makes them, we’ll respond.”

The $28-million modifications underway at Yokohama will clear and reinforce Izumo’s deck in order to transform the vessel from a helicopter carrier into a light aircraft carrier capable of supporting the Japanese air force’s F-35B stealth jump jets.

It’s unclear how many F-35s the two carriers—each 814 feet long and displacing 27,000 tons—might carry. Only a few, perhaps. The U.S. Navy’s own America-class assault ships, each displacing 45,000 tons, each can embark more than a dozen F-35Bs.

Izumo and Kaga don’t need to be like America—to say nothing of matching the capabilities of a U.S. Navy supercarrier with its nearly 70-plane air wing.

That’s because Izumo and Kaga, in Japanese doctrine, are flagships for anti-submarine groups whose main job is to enforce a blockade stretching from The Philippines to Japan in order to intercept Chinese submarines attempting to sneak past into the open ocean. If any subs do slip past, the Japanese vessels would pursue them. 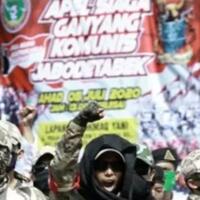 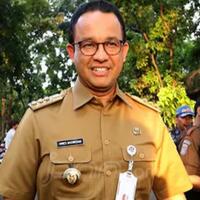 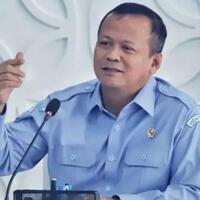 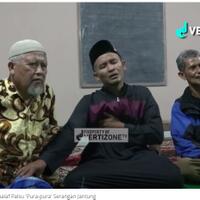