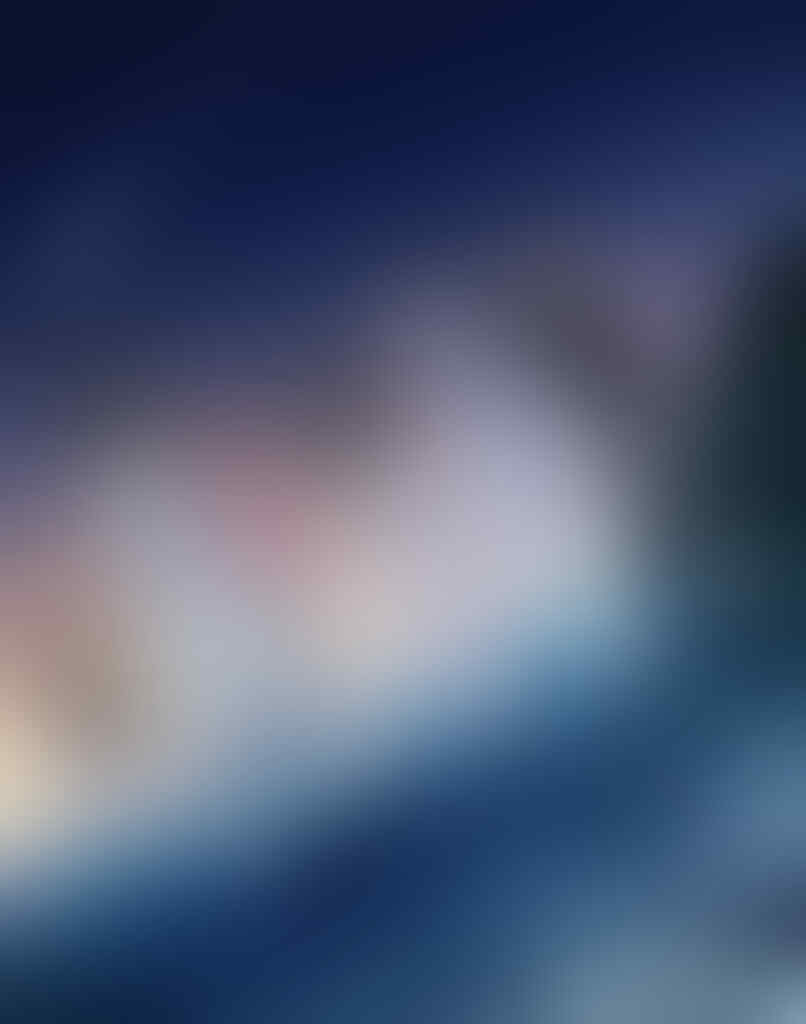 "Magic" is a product of neither legends nor fairy tales. It has become a technology of reality for nearly a century. Various countries in the world are locked in a race in nurturing Magicians (term for practitioners of modern magic). For that purpose high schools, called Magic High Schools, were nationally established. At First High School, the first of its kind, located in Hachioji, Kanto, Tokyo, an elite school where the most excellent magicians are fostered; two hundred students are divided into two courses. With the students of Course 1 excelling in magic, whereas the Course 2 students are only seen as replacement for those. The difference between the two results in discrimination of Course 2 students, so-called Weed by Course 1 students, called Bloom.

In the spring of the year AD 2095 two magicians enroll in First High School. Shiba Tatsuya, an honor student without magic capability, who was barely accepted into Course 2, along with his sister, Shiba Miyuki, who happens to be the top student among the freshmen in Course 1. In this environment where students are divided into elites and plebs right at the enrollment and discrimination is running rampant, what will happen to the irregular at magic high school.
Quote:
Information

Shiba Tatsuya (司波 達也) is the main protagonist of "The Irregular in Magic High School" . He enrolled at the National Magic University Affiliated First High School in April 2095 with his younger sister, Miyuki (深雪) and got accepted as one of the students to be placed in the Course 2 curriculum, marking the start of the series of events.

Shiba Miyuki (司波 深雪) is one of the main characters of the "The Irregular in Magic High School". She topped the entrance exam for First High School and is introduced as the Freshman Representative. She is Tetsuya's younger sister.

Chiba Erika (千葉 エリカ) is a Course 2 student in First High School. She is Tatsuya's classmate and became a friend and constant companion of the Shiba siblings.

Shibata Mizuki (柴田 美月) is a Course 2 student in First High School and the very first freshman who approached Tatsuya during the enrollment day. Despite initially being subjected under Tatsuya's suspicions due to her eyes, she became his and Miyuki's friend not long after.

Saijou Leonhart (西城 レオンハルト), better known as "Leo" is one of the Course 2 students in First High School. He's also the very first male student who approached Tatsuya on enrollment day, and since then has become a part of the main character's constant companions and friends.

Mitsui Honoka (光井 ほのか) is one of the First High School Course 1 students whose activation sequence was disrupted by Mayumi during the first day of school.

Kitayama Shizuku (北山 雫) is one of the Blooms. Shizuku never participated and was on the rear when a student from their group — which consists of Course 1 students, acted rudely against Tatsuya's group, insisting their classmate Miyuki should hang out with them instead.

Yoshida Mikihiko (吉田 幹比古) is a Course 2 student in First High School, in the same class as Tatsuya. He is 'the one who left the classroom by himself during the enrollment day.'
Sophomore

Nakajou Azusa (中条 あずさ) is a second year Course 1 student and the Secretary of the Student Council. Mayumi often calls her "A-chan", a nickname she always denied but Tatsuya thought fits her well.

Hattori Gyoubushoujo Hanzou (服部 刑部少丞 範蔵) is a Year 3 student in First High School and was the Vice President of the Student Council.

Mibu Sayaka (壬生 紗耶香) is a Course 2 student in First High School, and one of the upperclassmen of the Shiba siblings. She is a member of the Kendo club.

Kirihara Takeaki (桐原 武明) is a Course 1 Sophomore student in First High School and a member of the Kenjutsu Club.
Senior

Saegusa Mayumi (七草 真由美) is the Student Council President of First High School and is the very first person (if excluding Miyuki) who converses with Tatsuya during the enrollment day.
Considered a prodigy in the magic community, she is called the "Magic Shooter" and "Elven Sniper" for her talent in long-ranged precision shooting.

Watanabe Mari (渡辺 摩利) is a Year 3 student in First High School and the active Chief of the Public Morals Committee. She is one of "The Big Three", along with Mayumi and Katsuto.

Ichihara Suzune (市原 鈴音) is a Year 3 student in First High School and the Accountant of the Student Council. She bore the overall responsibility for the operation staff during the Nine Schools Competition and was the primary speaker of the representative group during the Thesis Competition.

Juumonji Katsuto (十文字 克人) is the eldest son of the Juumonji (十文字) family, one of the Ten Master Clans, and is to succeed as head in the future.
He is a Year 3 student from First High School and is the leader of the Club Management Group. He is also one of the "Triumvirate" (The Big Three) along with Saegusa Mayumi and Watanabe Mari.

Ichijou Masaki (一条 将輝) is a student of Third High School and the scion of Ichijou family from the Ten Master Clans.

Kichijouji Shinkurou (吉祥寺真紅郎) is a freshman student from the Third High School, one of the primary representative of their school in the Nine School Competition Newcomers' Division. He is referred to as "Cardinal George" for discovering one of the Cardinal Codes.
Quote:
PV 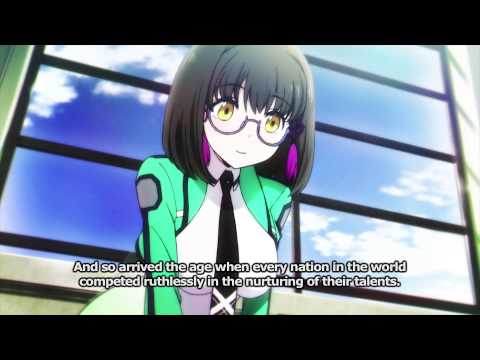 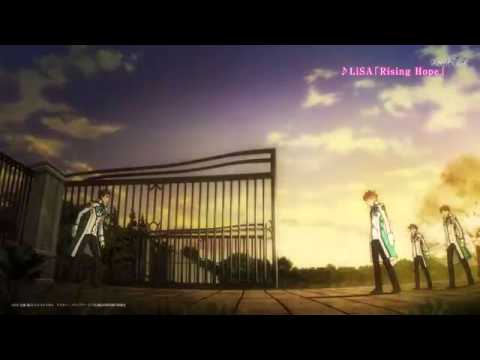 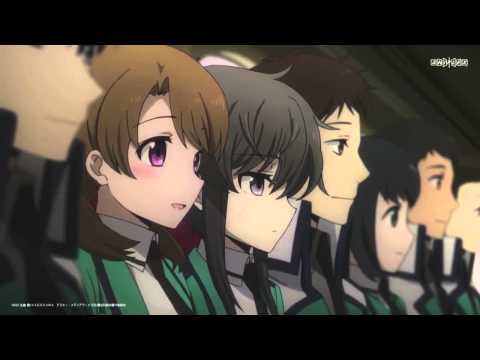 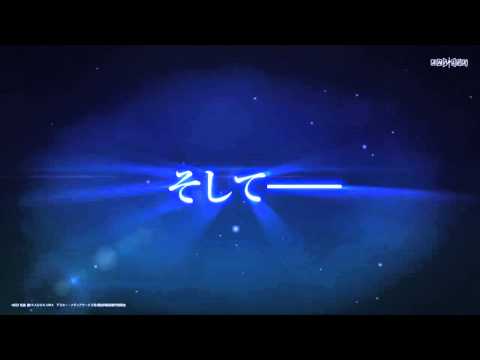 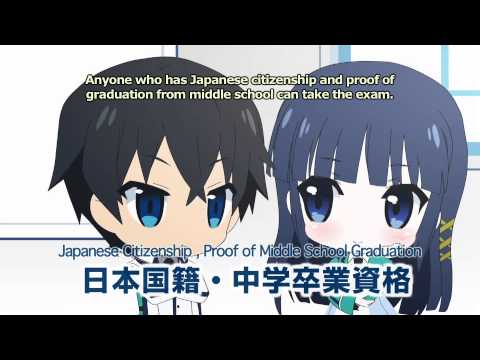 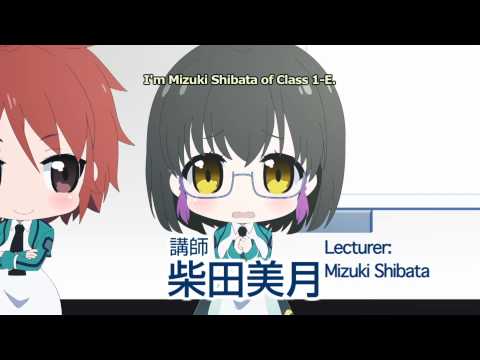 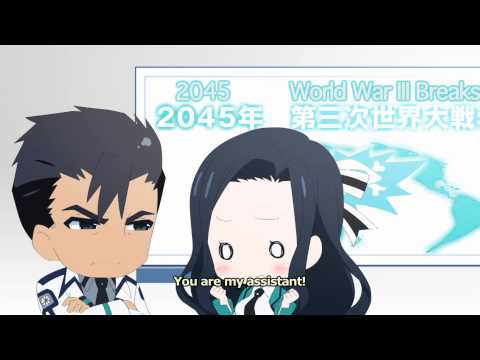 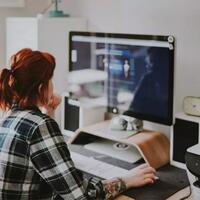 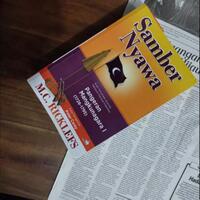 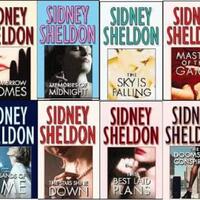 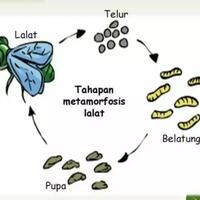 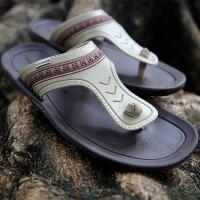 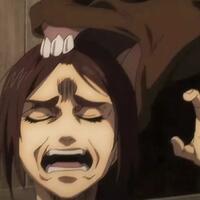 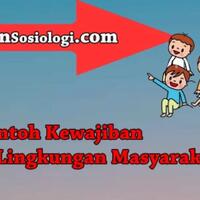