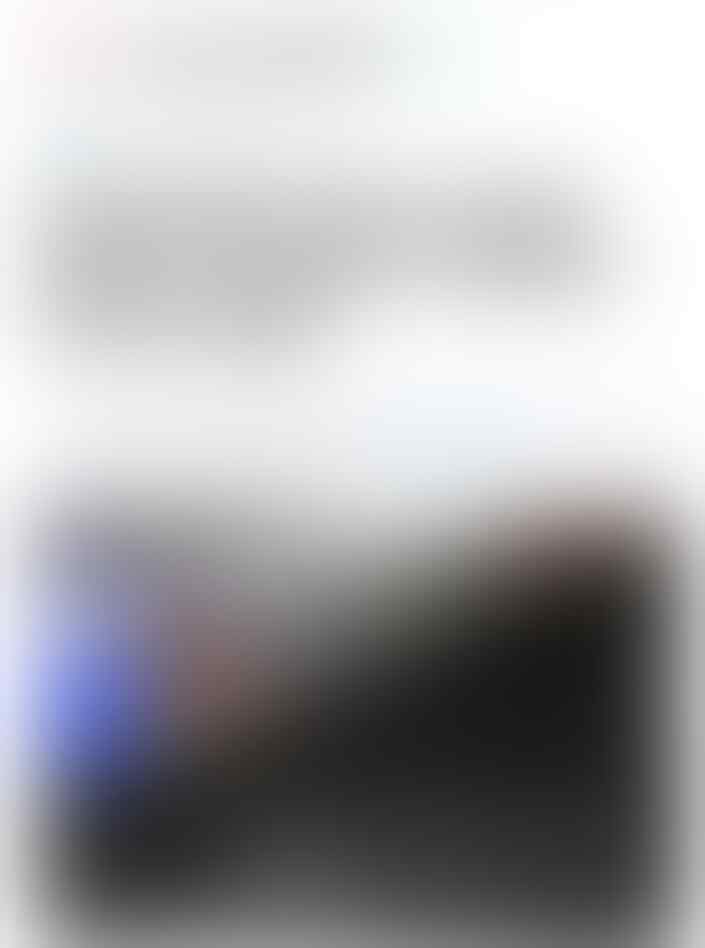 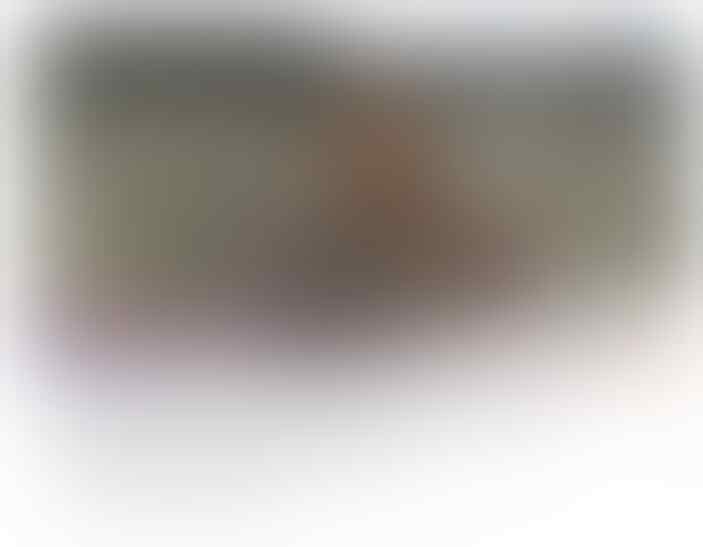 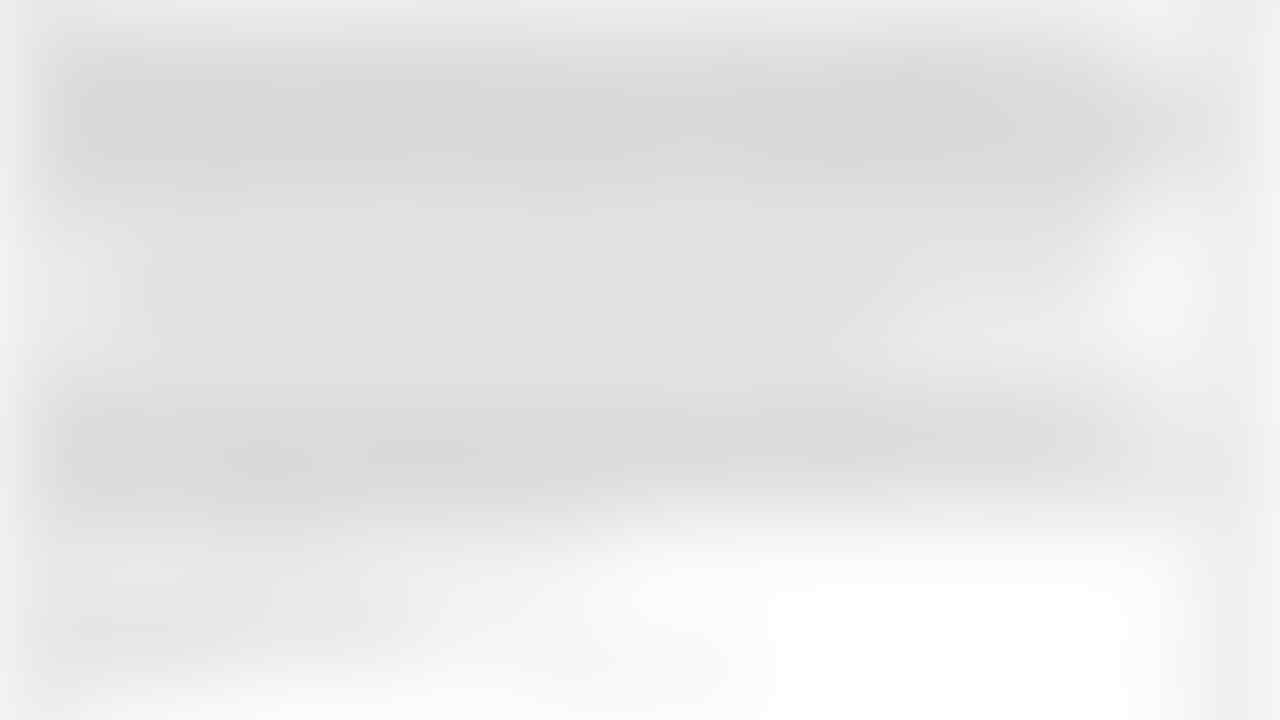 An Iranian-flagged ship in the Red Sea was hit by a limpet mine on Tuesday, the semi-official Tasnim news agency said.

Arabic media reports claimed the ship, Saviz, was an intelligence-gathering vessel linked to Iran’s Islamic Revolutionary Guard Corps. Tanim said Saviz “has been stationed in the Red Sea for the past few years to support Iranian commandos who are sent to escort commercial vessels.”

Al Arabiya claimed Israeli commandos were behind the operation, citing unnamed sources. Israel has not commented on the reported attack. Limpet mines are a type of naval explosive that attach to targets using magnets. 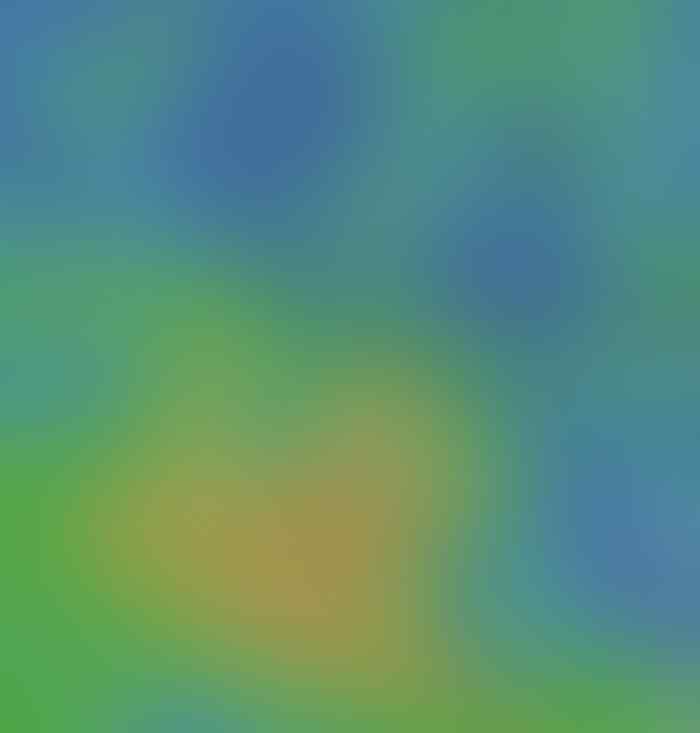 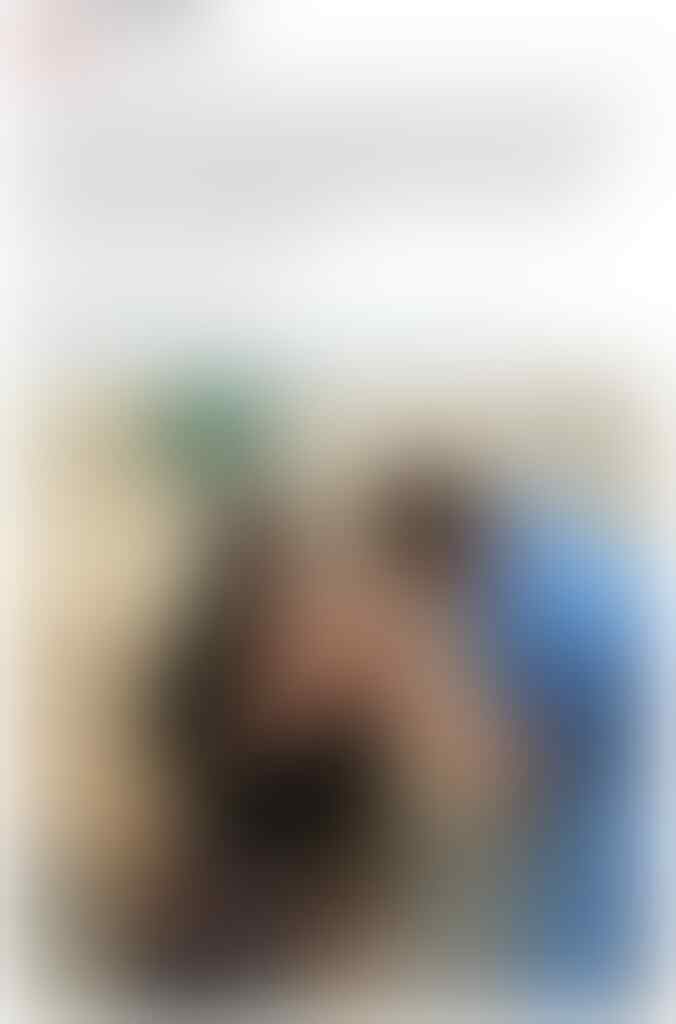 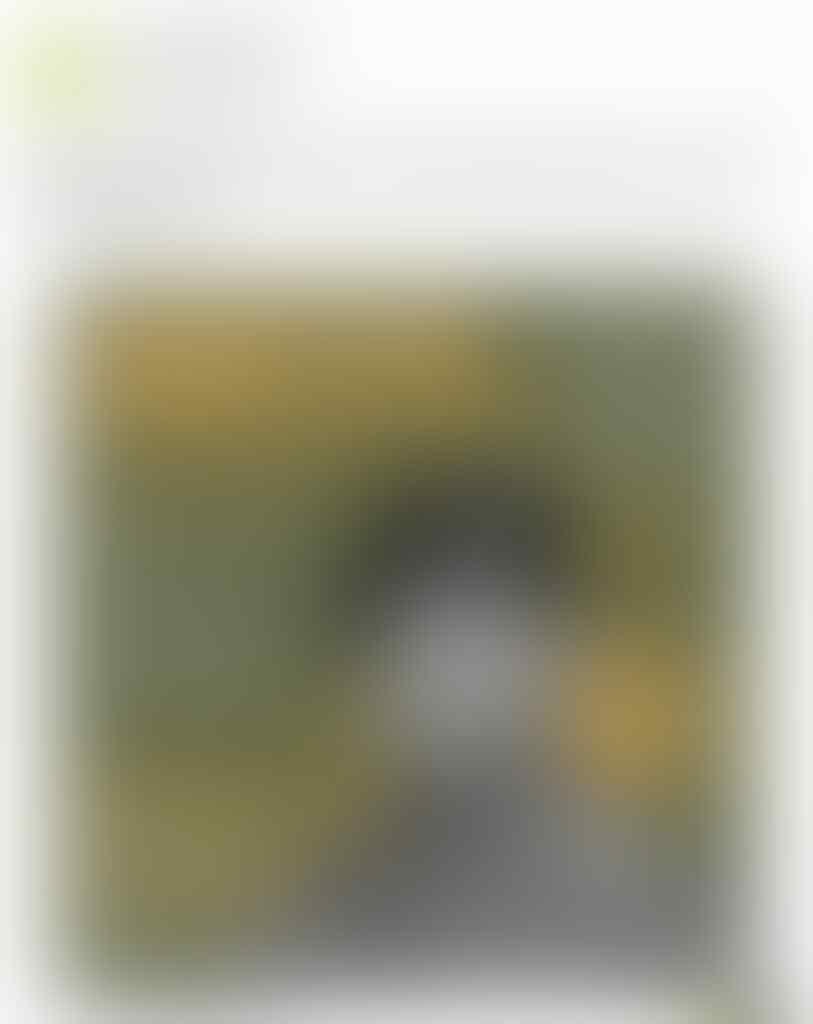 ▪︎In cases of illegal infringement on sovereignty committed by foreign organizations or individuals in the seas, all necessary measures, including the use of force, may be taken (Article 22)

▪︎Provisional maritime warning areas may be set and the passage and stay of vessels and people may be restricted or prohibited. (Article 25)

▪︎The Coast Guard should execute missions, including defensive operations, based on relevant laws, such as the National Defense Law and the People's Armed Police Law, and orders from the Central Military Commission (Article 83) Taiwanese officials have spotted Chinese drones flying around the Taiwanese-controlled Pratas Islands in the South China Sea and, on Wednesday, the head of Taiwan’s Ocean Affairs Council said Taiwan could open fire on the drones.

Speaking before a session of Taiwan’s parliament, reported by Reuters, Lee Chung-wei, the chairman of Taiwan’s Ocean Affairs Council, said if Chinese drones enter Taiwanese airspace, Taiwan’s rules of engagement permit Taiwanese forces to shoot down the Chinese drones. “After it enters it will be handled under the rules. If we need to open fire, we open fire,” Lee said.

Lee noted the Chinese drones have not yet breached Taiwanese airspace, saying, “They have never entered our restricted waters and airspace, they’ve just flown around them at a certain distance.”

The backstory: Kremlin hopes that Ukrainian President Volodomyr Zelensky would cut a peace deal on Russia's terms have faded, leaving a diplomatic deadlock.

Direct intervention in the Donbas could give Putin leverage, bolster his standing ahead of parliamentary elections this year, and potentially help secure a much-needed water source for occupied Crimea.

But the costs of such a war likely exceed any benefits for Moscow, removing all plausible deniability from Russia's war in Ukraine and risking a strong Western response.

The other side: Zelensky tweeted Thursday that he was heading to the Donbas because a Ukrainian soldier had been killed overnight and he wanted "to be with our soldiers in the tough times."

The crisis has sparked a burst of patriot fervor and a strong show of support from Washington, both of which have strengthened the embattled Ukrainian president, notes Dmitri Trenin of Carnegie Moscow.

President Biden and virtually his entire top team called their Ukrainian counterparts over the past week, and NATO Secretary-General Jens Stoltenberg called Zelensky on Tuesday.

While Kiev was dismayed when the French and German leaders met with Putin (and not Zelensky) during the crisis, German Chancellor Angela Merkel Thursday "demanded" in a call with Putin that "this build-up be unwound in order to de-escalate the situation," her office said. 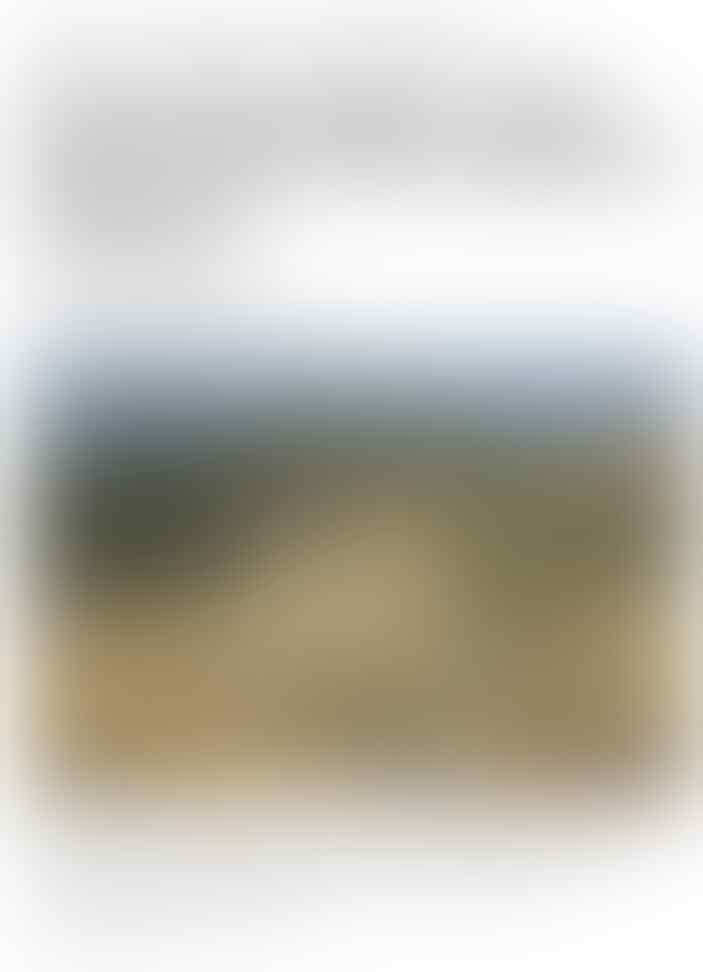 To the south off the coast of the Philippines, a flotilla of Chinese maritime militia have been stationed around Whitsun Reef in the Spratly Islands for months, refusing repeated demands from Manila to leave the area.

At one point last month, up to 200 Chinese vessels, which Beijing insists are merely fishing boats but which the Philippines and U.S. officials say are part of a maritime militia, were anchored around the reef. By refusing to budge, the large group of boats is effectively controlling access to a wider area that lies inside the Philippines' exclusive economic zone.

The Philippine foreign ministry has accused China of infringing on its sovereignty and said that the boats' “swarming and threatening presence creates an atmosphere of instability.”

China has refused to withdraw the boats and argued Whitsun Reef is part of Chinese territory, accusing the Philippines of trying to deny China access to traditional fishing grounds. “We hope the Philippines will look at this objectively and correctly, immediately stop wanton hype … and avoid casting negative influence on bilateral relations and the overall peace and stability in the South China Sea,” Chinese Foreign Ministry Spokesman Zhao Lijian said at a recent press briefing.

The Chinese embassy in Washington did not respond to a request for comment.

Whitsun Reef is a key location for China as it lies at the northern end of Union Banks, a large atoll, and Beijing already dominates the southern and middle end of the atoll with artificial islands it created over the past decade, according to Jay Batongbacal, director of the Institute for Maritime Affairs and Law of the Sea at the University of the Philippines. “Control of Whitsun Reef enables them to control the entire Union Banks,” Batongbacal said.

Quote:Reacting to the development, the Ministry of External Affairs adhered to the government's stand on not allowing military exercises in its exclusive economic zone without consent and said it has conveyed its concerns to the US government through diplomatic channels.

Days after the first summit of the Quadrilateral grouping and US Secretary of Defence Lloyd J Austin’s visit to New Delhi, the US Seventh Fleet announced that one of its warships, USS John Paul Jones (DDG 53), had carried out a Freedom of Navigation operation west of Lakshadweep Islands, “inside India’s exclusive economic zone, without requesting India’s prior consent, consistent with international law”.

Responding to this public announcement by the US Navy which raised eyebrows given the growing ties between the armed forces of the two countries, especially their navies, New Delhi said: “We have conveyed our concerns regarding this passage through our EEZ to the Government of USA through diplomatic channels.”

In a statement, the Ministry of External Affairs said: “The USS John Paul Jones was continuously monitored transiting from the Persian Gulf towards the Malacca Straits.”

“The Government of India’s stated position on the United Nations Convention on the Law of the Sea is that the Convention does not authorise other States to carry out in the Exclusive Economic Zone and on the continental shelf, military exercises or manoeuvres, in particular those involving the use of weapons or explosives, without the consent of the coastal state,” it said.

“India requires prior consent for military exercises or maneuvers in its exclusive economic zone or continental shelf, a claim inconsistent with international law. This freedom of navigation operation (“FONOP”) upheld the rights, freedoms, and lawful uses of the sea recognized in international law by challenging India’s excessive maritime claims,” it said.

“US Forces operate in the Indo-Pacific region on a daily basis. All operations are designed in accordance with international law and demonstrate that the United States will fly, sail and operate wherever international law allows. We conduct routine and regular Freedom of Navigation Operations (FONOPs), as we have done in the past and will continue to in the future. FONOPs are not about one country, nor are they about making political statements,” it said.

Under Indian law — The Territorial Waters, Continental Shelf, Exclusive Economic Zone and Other Maritime Zones Act, 1976 — “all foreign ships (other than warships including submarines and other underwater vehicles) shall enjoy the right of innocent passage through the territorial waters” and a passage is innocent “so long as it is not prejudicial to the peace, good order or security of India”.

“Foreign warships including submarines and other underwater vehicles may enter or pass through the territorial waters after giving prior notice to the Central Government,” the law states.

The US Navy’s Freedom of Navigation operation near Lakshadweep is not unprecedented. The US Department of Defence publishes an annual Freedom of Navigation report and India found mention in the 2019 report along with 21 other countries that included China, Russia, Pakistan, Sri Lanka, Bangladesh, Maldives and Saudi Arabia. India was mentioned in the 2017, 2016 and 2015 reports as well.

But the public announcement of the operation has raised eyebrows. It comes at a time when military cooperation between India and the US is on the rise. Their navies were involved in a joint exercise, along with navies of Japan, France and Australia in the eastern Indian Ocean region, in the La Pérouse exercise between April 5 and April 7, and led by the French Navy.

Last month, Secretary of Defence Austin conveyed to New Delhi the Biden administration’s “commitment towards strengthening the bilateral defence relations between the two countries”.
India and the US, along with Australia and Japan, make the Quadrilateral grouping. At its first summit on March 13, Quad leaders affirmed their commitment to a “shared vision for the free and open Indo-Pacific” and a region that is “inclusive, healthy, anchored by democratic values, and unconstrained by coercion”.

The Quad members, for the first time since 2007, had together participated in the Malabar multilateral wargaming exercise last November.

Reacting to the Seventh Fleet statement, former Navy chief Admiral Arun Prakash, in a Twitter post, said: “There is irony here. While India ratified UN Law of the Seas in 1995, the US has failed to do it so far. For the 7th Fleet to carry out FoN missions in Indian EEZ in violation of our domestic law is bad enough. But publicising it? USN please switch on IFF!” — IFF stands for Identification, Friend or Foe.

He also questioned the intent behind the move. “FoN ops by USN ships (ineffective as they may be) in South China Sea, are meant to convey a message to China that the putative EEZ around the artificial SCS islands is an “excessive maritime claim.” But what is the 7th Fleet message for India?” he said. 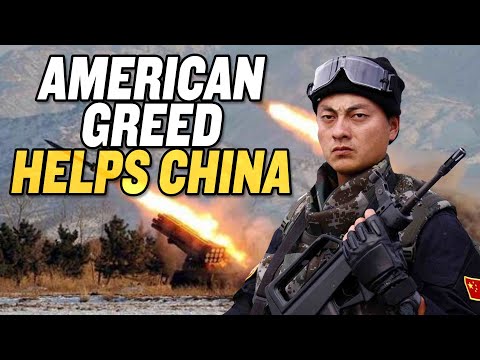 As Iranian officials investigated the outage, many Israeli media outlets offered the similar assessment that a cyberattack darkened Natanz and damaged a facility that is home to sensitive centrifuges. While the reports offered no sourcing for the evaluation, Israeli media maintains a close relationship with the country’s military and intelligence agencies.

If Israel caused the blackout, it further heightens the tensions between the two nations already engaged in a shadow conflict across the wider Middle East.

A retired U.S. Navy official that spoke to 19FortyFive, while expressing his concern over North Korea’s submarine, also warned about “overhyping” such a potential threat.

“We have to remember any North Korea ballistic submarine, or any ballistic submarine in general needs to be quiet underwater to avoid detection in order to be a true nuclear deterrent,” explained the former Navy official. “I highly doubt these early North Korean efforts have included any real effort at noise signature masking, a technology most nations take decades to master. And that means the U.S. Navy and our allies can find and easily kill any such submarine.” The former official added that while there is a very “real threat from this submarine” it is likely “years if not a decade into the future.”

According to North Korea analysis portal Beyond Parallel overseen by. Dr. Victor Cha, North Korea has moved a submersible missile test stand barge at a shipyard on its east coast, citing recently obtained satellite images, another possible sign of a potential submarine missile test. Beyond Parallel did however note that “it is unclear if these movements portend preparations for a forthcoming submarine-launched ballistic missile test.” 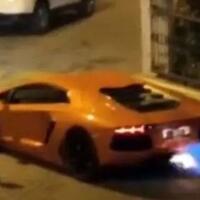 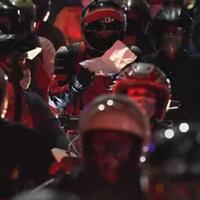 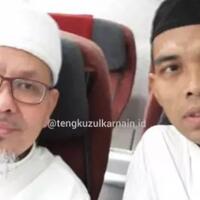 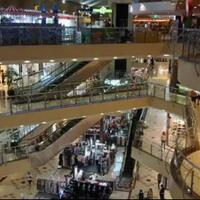 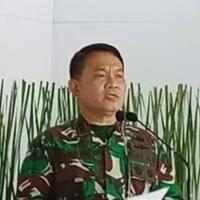 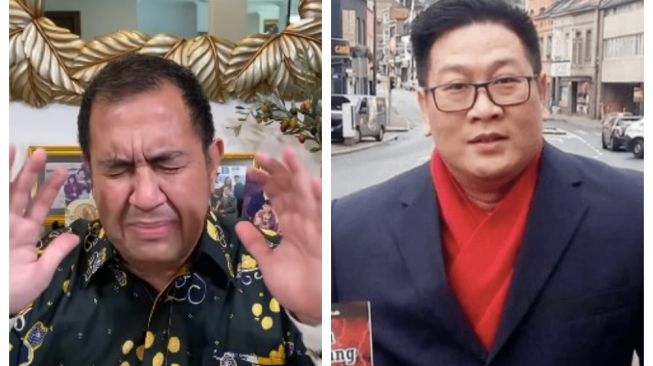 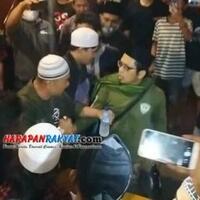