Those include ships like the Type 055 destroyer -- which some analysts say betters the US Ticonderoga-class cruisers for firepower -- and amphibious assault ships that could put thousands of Chinese troops near foreign shores.

Where the US stands

While China is expected to field 400 ships by 2025, the goal of the current US Navy shipbuilding plan, a goal with no fixed date, is for a fleet of 355 -- a substantial numerical disadvantage.

That's not to say the US Navy has seen its days as the world's premier fighting force come to an end.

Put in a historical perspective, China's shipbuilding numbers are staggering -- dwarfing even the US efforts of World War II. China built more ships in one year of peace time (2019) than the US did in four of war (1941-1945).

"During the emergency shipbuilding program of World War II, which supported massive, mechanized armies in two theaters of war thousands of miles from home, US shipbuilding production peaked at 18.5 million tons annually, and the United States finished the war with a merchant fleet that weighed in at 39 million tons," said Thomas Shugart a senior fellow at the Center for a New American Security and former US Navy captain, in testimony before Congress last month.

"After the recent visit of the Iraqi Foreign Minister to Iran, the issue of releasing Iranian resources came to an end and Iraqi officials announced that some of these resources were released through various banks."

In remarks on Twitter, he cited Iraqi sources to confirm that Washington had agreed to release Iranian resources at the Trade Bank of Iraq. "Several transactions have taken place," according to Hosseini.

It's the first move against Russia in years as former President Donald Trump was never capable of holding Russia accountable. "The issue has taken on added urgency at the White House, the Pentagon and the intelligence agencies in recent days after the public exposure of a major breach in Microsoft email systems used by small businesses, local governments and, by some accounts, key military contractors," the report explained.

In that case, Microsoft identified China as the intruder in the system, but the Pentagon and national intelligence agencies have not done so publicly. "The White House is undertaking a whole of government response to assess and address the impact" of the Microsoft hack, a statement from the White House said.

It's possible that if state-sponsored hackers in China are concluded to be behind the attack on Microsoft, Biden could also act against China. "I actually believe that a set of measures that are understood by the Russians, but may not be visible to the broader world, are actually likely to be the most effective measures in terms of clarifying what the United States believes are in bounds and out of bounds, and what we are prepared to do in response," said Jake Sullivan, Biden's national security adviser.

After consultations with experts, some U.S. officials came to believe that this Beijing lab was likely conducting coronavirus experiments on mice fitted with ACE2 receptors well before the coronavirus outbreak—research that they hadn’t disclosed and continued not to admit to. In its January 15 statement, the State Department alleged that although the Wuhan Institute of Virology disclosed some of its participation in gain-of-function research, it has not disclosed its work on RaTG13 and “has engaged in classified research, including laboratory animal experiments, on behalf of the Chinese military since at least 2017.” That, by itself, did not help to explain how SARS-CoV-2 originated. But it was clear that officials believed there was a lot of risky coronavirus research going on in Chinese labs that the rest of the world was simply not aware of.

“This was just a peek under a curtain of an entire galaxy of activity, including labs and military labs in Beijing and Wuhan playing around with coronaviruses in ACE2 mice in unsafe labs,” the senior administration official said. “It suggests we are getting a peek at a body of activity that isn’t understood in the West or even has precedent here.”

This pattern of deception and obfuscation, combined with the new revelations about how Chinese labs were handling dangerous coronaviruses in ways their Western counterparts didn’t know about, led some U.S. officials to become increasingly convinced Chinese authorities were manipulating scientific information to fit their narrative. But there was so little transparency, it was impossible for the U.S. government to prove, one way or the other. “If there was a smoking gun, the CCP buried it along with anyone who would dare speak up about it,” one U.S. official told me. “We’ll probably never be able to prove it one way or the other, which was Beijing’s goal all along.”

Back in 2017, the U.S. diplomats who had visited the lab in Wuhan had foreseen these very events, but nobody had listened and nothing had been done. “We were trying to warn that that lab was a serious danger,” one of the cable writers who had visited the lab told me. “I have to admit, I thought it would be maybe a SARS-like outbreak again. If I knew it would turn out to be the greatest pandemic in human history, I would have made a bigger stink about it.”

Musk was offered use of part of the small island of Biak in Papua by Indonesian president Joko Widodo in December.

An Indonesian government representative told the Guardian this week the planned spaceport was being developed in consultation with the Papuan government and local communities, and that Biak’s development as a “Space Island” would “bring positive economic impacts” for islanders.

But Papuans on Biak are fiercely opposed, arguing a space launchpad will drive deforestation, increase Indonesian military presence, and threaten their future on the island. A tribal chief on the island, Manfun Sroyer, said he feared Papuans will be forced from their homes. “This spaceport will cost us our traditional hunting grounds, damaging the nature our way of life depends on. But, if we protest, we’ll be arrested immediately.”

Russia’s space agency, Roscosmos, also aims to develop a large rocket launch site on Biak island by 2024. “In 2002, Russians wanted our land for satellite launches. We protested and many were arrested and interrogated… now they’ve brought it back, and this harassment and intimidation is still going on,” Manfun Sroyer said.

When Wasserstrom, the US-China specialist, went to graduate school in the early 1980s, it was normal for authors on China to not have recently traveled to the country, which for decades had been sealed to foreigners. "There was a whole period when the major works in the field in English were produced by people who did their research in Taiwan, or interviewed refugees or emigres in Hong Kong," Wasserstrom says. "Just as in some ways, Xi Jinping is a throwback to China being a place with a personality cult," what is occurring now in the academic space "is a kind of throwback to another time," he adds, as scholars feel less willing to travel there and are finding it harder to access sensitive sites and groups when they do make it in.

Lev Nachman, a PhD candidate at UC Irvine and visiting scholar at National Taiwan University, says undertaking research in China is now a "much more complicated goal" than it was five or six years ago. "A lot of the new advice we are getting, as graduate students, is to do a project that does not require you to necessarily do fieldwork in China," he says, because access to archives and interviewees is difficult. "And now we just have to imagine that the difficulty has been turned up to 10, along with a risk of personal safety."

Last year, Trump issued an executive order to cancel within China and Hong Kong the Fulbright exchange program, which sends some of the brightest US minds around the world -- a particularly striking move given the first Fulbright agreement with any nation was signed in Nanjing in eastern China in 1947 -- before the Communist takeover of the mainland -- to educate Chinese students in the US.

With fewer academics willing to travel to China, and those who do make it after the coronavirus pandemic encountering a more closed nation, the result could be fewer Western minds reporting on and studying China firsthand at a time when, arguably, the world has never had a greater need to understand the country.

Wasserstrom adds that perhaps the newest wrinkle in this China story is it is no longer possible to peer into the mainland from Hong Kong, where academic study and freedom of speech has also been targeted in the past year under the national security law.

Recently, Baptist University in Hong Kong canceled a photography exhibition, which featured images of the local pro-democracy demonstrations, due to "security concerns. Books by democracy figures have been removed from public libraries, now deemed illegal under the security law. "I used to assume that if I couldn't go to the mainland, I would just go to Hong Kong more often," says Wasserstrom. "And now I feel that actually Hong Kong isn't safe, either."

Sergeant Lismer Malau fished some franc to settle his bill before exiting the café. As he headed down the crowded alley in the Latin Quarter, he thrust his hands into his pockets to help ward off the cold. The afternoons in Paris were still far too chilly for his liking. At a fast clip, he headed over one of the stone bridges spanning the River Seine in the direction of the Notre Dame Cathedral. Halfway across, he paused, peered down at the boat traffic, then doubled back.

The first tail, about thirty paces behind, stopped in his tracks and pretended to check his watch. The second tail, on the opposite side of the bridge, also paused amidst the flow of tourists. Lismer made mental notes of their attire and then re-entered the maze of cobblestone alleyways in the Latin Quarter. Ducking into a souvenir shop, he watched as both of his surveillants, oblivious to his ruse, race past.

Waiting an extra minute, Lismer emerged from the shop and made a beeline for the Sorbonne. Every block he paused and, using reflections off shopfront windows to his advantage, scanned his rear. Confident he had lost his tails, Lismer reached the front of the university’s main building before allowing himself the luxury of rest.

His confidence proved misplaced. Half a block away, the third tail crossed Rue des Ecoles. And directly across the street, the fourth tail, who had somehow managed to remain invisible thus far, flashed the sergeant a grin. Lismer held up two fingers for both to see and then once again set off at a brisk pace. They had two more hours to go until sunset. The cat-and-mouse game began anew.
Diubah oleh dormanbokir 11-03-2021 13:16
0 0
0
Diskusi Seputar Intelijen - Part 2 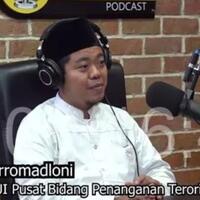 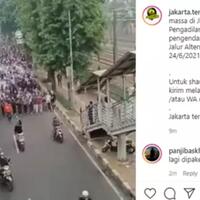 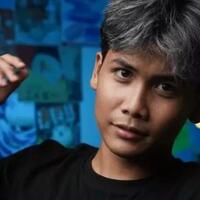 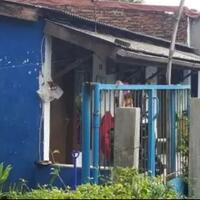 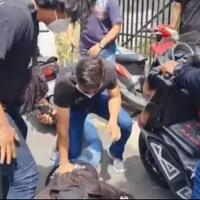 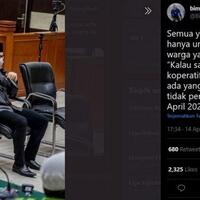 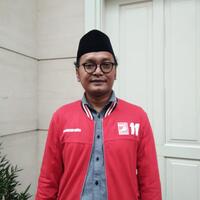 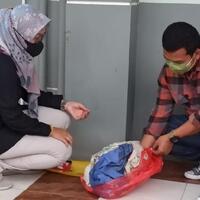 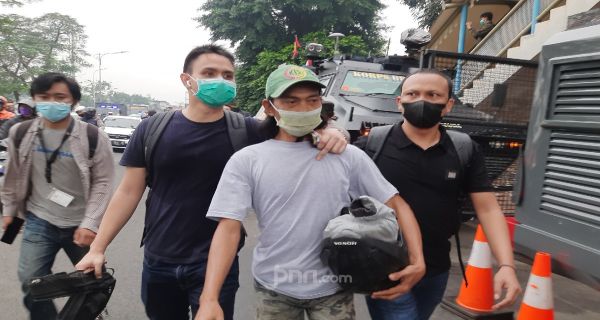 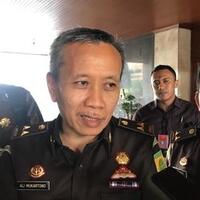