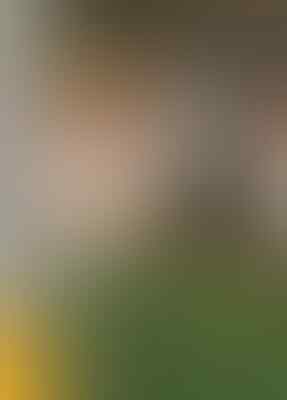 Recent arrival Stefano Sturaro says he and his new team-mates are ready for Saturday’s test against Milan: “It will be a tough game but we’re fired up and focused. Our advantage needs to spur us on to do even better”

January transfer window arrival Stefano Sturaro says he is relishing the opportunity to make the step up to the big stage when Juventus host Milan in this weekend’s big match.

The 21-year-old, recalled from his loan at Genoa by Massimiliano Allegri, is expected to go straight into the squad for the visit of the Rossoneri and claims he and his team-mates are excited at the prospect of locking horns with a historic rival in Turin.

Speaking to Sky Sport, Sturaro began: “It will be a tough game, because both sides possess great players, but we’re fired up and focused. Our seven-point lead over Roma can be viewed as both a positive and negative, because you can’t ever let your guard down. Our advantage needs to spur us on to do even better.”

After officially swapping Liguria for Piedmont on Monday, Sturaro immediately laced his boots and linked up with his new team-mates in training.

And a few days into his experience, the midfielder only has glowing words to use about the way he has been welcomed into the group.

“Everyone’s been great and made me instantly feel at ease. It’s crucial for my team-mates and manager to believe in me, and I’ll do my very best to give the boss a selection headache.”

The upcoming Champions League tie with Borussia Dortmund represents another exciting prospect for Sturaro, who says he is eager to take in the experience of being involved in Europe’s elite competition.

“I can’t even start to imagine what playing in the Champions League will be like, it will represent a completely new experience for me. I’ll look to adapt as quickly as possible and do my bit for the team.”

Del Piero on one of his greatest memories "It was 1994, my first Juve-Milan . I was warming up with my teammates. I was very concentrated: a starter at 19 yrs old...then I hear 'Ale! Ale! run, come here' I dont know what's happening. 'L'avvocato is on the line!' I fell from the clouds, I take the phone & hear 'Good morning Del Piero, How do you feel? Goodluck."

Q: Who had/has the finest collection of star players: Juve or Milan? Del Piero "And how can I choose? There was a bit for everybody I would have certainly liked to play with the some of the Rossoneri players, & luckily I was able to do so with the Azzurri It would've been nice to partner Van Basten, because of the class that he had & the way he played the role of a centravanti."

Q: When Sacchi's Milan were the first Italian team to win the Champions Cup, you were 15, were they a reference point? They were a reference point for everyone. Everybody had understood that Milan had changed Calcio The team was very organized. They were an extraordinary force. The 3 dutch players were like adults playing vs children."

Q: Juve-Milan has almost been a healthy rivalry. Del Piero "Yes, bit like Federer & Nadal: the will to win & fight but with great respect."

Q: Meanwhile the rivalry with Inter has always been a poisonous one, more like McEnroe-Lendl (in Tennis) Del Piero "Fair enough. Milan was our opponent, always. Instead, Inter has become competitive only in recent years."

Del Piero on early interest from Milan "In 92 before I moved to Juve, but Agradi, Padova dS, asked for a lot of $, which then Juve paid."

Del Piero on Berlusconi being a fan "Well, Im now a free agent, if he still wants me..jokes aside, seriously, his appraisal makes me happy."

Q: When you were top scorer in 08, is it true that Galliani sent you a congratulatory telegram? Yes, lovely gesture. When your opponent honors you, triumphs the value of sport. Itd be nice to see these things more often."

Q: Juve played 7 CL finals, but beyond wins/losses could only score 3 goals. Del Piero "That cup is cursed for Juve. No fan is proud of the win in 1985 (Heysel) & that is why the win in 96 was valued even more, 3 of other finals lost we could've Juve have an Italian story, also the Agnelli family cared a lot for the scudetto & domestic triumphs."

Del Piero "Milan have a European vocation as per Berlusconi's choice. The golden cabinets of both reflect the ambition of the 2 clubs."

Q: vs.Milan, there once scored a very beautiful, one with a rather unusual cross. Del Piero "Crazy stuff eh..at the San Siro in 2005 it was a decisive match for the title. My instinct pushed me to do a over-head kick which became an assist for Trezeguet."

Q: You regret not having played with Pogba? Del Piero "I repeat, I'm a free agent..even for Juve..if they want (laughs), jokes aside I played against Paul in Sydney, last summer, he left me with a nice feeling of power & technique, but I have no regrets."

Q: You already experienced the post-Zidane revolution; for Pogba there are talks of a 100m, as a fan what do you hope? A fan never wants to lose its champions & so to keep Pogba. Also, because he's good, behaves well & you get attached to him And then the 2 situations (Zidane-Pogba) are incomparable, now it would be more difficult to invest 100m with the same efficiency with which Zizou was replaced, who at the time was the strongest in the world."

Q: 7 pts clear, title guaranteed? Del Piero "The continuity of results & consistency is making the difference, I hear of criticism to Roma, but in fact Juve are having another brilliant season."

Q: Some say Totti, despite an excellent start, is the problem, your thoughts? Del Piero "Francesco plays well & scores, what can you tell him? He's not the problem, but the expectations are the main issue. Destro? I like him, interesting player."

Del Piero on Pippo "Its normal, in Italy it's very difficult for coaches. Must coordinate with many people to carry on & force their ideas."

Del Piero on Pippo "It's not easy, especially at Milan, where you need to win. Milan is under-construction, like Inter."

Q: as fan how do you watch Juve's matches? Normally like the rest, sometimes I get upset from what I see but then remember it's always easier to do so from your chair."

Del Piero on whether Juve can manage vs BVB "Yes, very much so, I'm optimistic, at Home Juve can beat anyone Allegri I dont know well but I think he gives the team something more in Europe: I think he knows how to prepare for such games."

Q: This Milan reminds you of the time with Ferrara? Or even Del Neri? What are the challenges in those moments? There's a lot of pressure on big clubs and too much nervousness or excitement is harmful, you need a balance."

Q: many of your former teammates are coaches, you still stay away? Del Piero "Yes, fairly far away...in short, I don't think I'll be one."

Del Piero on his future "It's not an easy decision, I'm considering a few proposals, football related & more. May take a few weeks But if a convincing & ideal offer arrives, I could play on for another year."

Q: You were at the Golden Ball ceremony, Cristiano won, if you could you would've taken the Ball or his identity? Definitely his identity. Cristiano is strong: if you're able to stay at the highest levels this long then you're special."

Q: a word to describe your experience in India? Del Piero "Unbelievable." Q: You played little, Capello on the bench? ADP "Hahahahahaha."

.@OfficialAllegri: "Milan may have had a few problems in January but played well in December, beating Napoli and drawing with Roma."

@OfficialAllegri: "Milan won their last game and can get themselves into a position to fight for a European place." #JuveMilan

@OfficialAllegri: "Scudetto already won? No chance. There's still a long way to go and Roma are firmly in the hunt." #JuveMilan

@OfficialAllegri: "Tomorrow we'll require great intensity from a technical standpoint if we want to come away with an important result."

@OfficialAllegri: "Caceres is a big doubt for #JuveMilan, Lichtsteiner suspended, @kingarturo23 is back. The others are all in good shape."

@OfficialAllegri: "We need to stay focused, alert and work our socks off until the title race is mathematically over." #JuveMilan

@OfficialAllegri: "Inzaghi's got all the right characteristics to enjoy a successful managerial career." #JuveMilan

@OfficialAllegri: "We've had a fine transfer window. @Ale_Matri scored 7 goals in the first half of the term, an important contribution."

@OfficialAllegri: "@paolo_deceglie is familiar with the Juve environment: he'll fill in for Asa while he continues to recover from injury."

@OfficialAllegri: "#Pereyra is another useful young asset brought in by the club. It shows we're working well behind the scenes" #JuveMilan

@OfficialAllegri: "@sturaro_stefano can play in several positions across the midfield and also just in front of the defence." #JuveMilan

@OfficialAllegri: "It's still too early to speak about @BVB. The #UCL is a different competition entirely." #JuveMilan

@OfficialAllegri: "Still haven't decided on @carlitos3210's strike partner. It depends on the selection of eight other players" #JuveMilan

@OfficialAllegri: "Results are what count in football. The club is the bedrock and strength behind all the results achieved on the pitch." 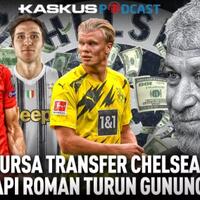 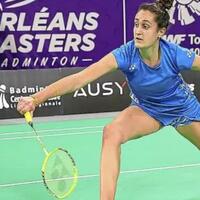 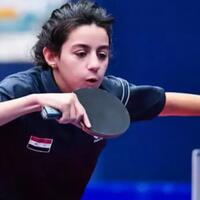 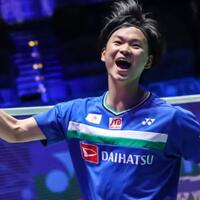 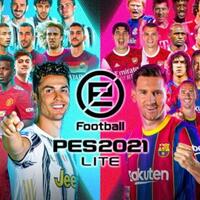 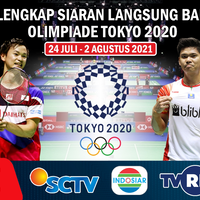 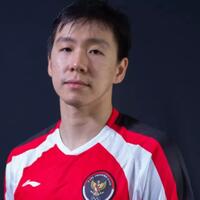 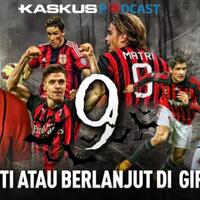 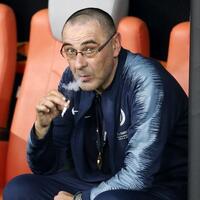 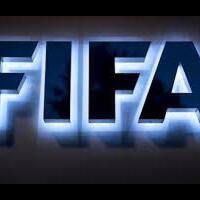