Entering service in 1959, the elegant "Bison" answered a directive calling for a strategic bomber capable of carrying two strategic nuclear bombs 6000NM; which would enable strikes on Washington DC from the USSR. Soviet crews called the plane "molot" (hammer).

The graceful M-4 had swept wings, a swept tail, and root-mounted engines similar to the Tupolev "Badger". Outriggers on the wingtips contained auxillary landing gear. The fuselage had a pressurized cockpit and tail gun station, with a large bomb bay inbetween them. Originally a half-dozen twin 23mm turrets were carried; this was later reduced to three. The massive "Bison" used drogue chutes for landing, unique for a strategic bomber.

On paper the bomber met the requirements; however in actual flight the thirsty engines left the M-4 short of the required range. The type was re-roled from strategic intercontinental bomber to tactical nuclear bomber and naval strike plane; although it was large for the first role and had only gravity bombs for the latter. Unlike the "Bear" and "Badger", no attempt was made to integrate missiles or strengthen the plane for low-altitude flight. However, a refueling probe was fitted. The "Bison" was never offered for export and never based outside the USSR.

A total of only 104 M-4's were built, including about three dozen that were converted to tankers in the 1970s and 1980s. A single example was heavily modified with a twin rudder to carry large piggyback cargo, such as rocket sections for the Soviet space program.

To comply with the START II treaty, all Russian M-4's were discarded in 1991. The last of the tanker conversions was withdrawn in 1994.


The Molot (Hammer) was designed as a strategic bomber, but excessive fuel consumption of its engines and other design shortcomings limited its range to 8,000 km, which was insufficient for striking North American targets and returning to base. Consequently, along with the development of an improved version of the bomber with more fuel-efficient bypass engines and a new wing, a program was also initiated to develop a specialized aircraft for aerial refueling. To facilitate operational support and formation flight in the refueling process the bomber and the tanker aircraft were intended to have identical design and performance characteristics.
Development of an intercontinental bomber with a strike capability at US-territory began in the early 1950s. The governmental order of 24 March 1951 provided for the establishment of a new design bureau headed by V.M. Myasishchev. The design bureau was in charge of organizing and manufacturing the development of the bomber which would have a range of 11000-12000 km, a maximum speed of 900km/h and could carry a payload of 5000 kg. The Bison was a Four-engined, swept-wing jet bomber with engines were buried in the wing roots. An unusual feature was the tandem landing gear, with small stabilising wheels at the tips of the drooping wings, and a nosewheel leg extended at take-off to achieve the correct angle of incidence. Due to the fact that the high-power BD-5 engines for the aircraft were still in the development stage, the aircraft used four AM-3A turbojet engines developed by OKB A.A. Mikulina. The first prototype was finished in December 1952 and carried out its' first flight on 20 January 1953. It reached a speed of 947 km/h and a ceiling of 12500 m. Although the bomber had a range of only 8500 km, which did not allow strikes at US territory, series production of the M-4 bomber began in 1955 at the plant Nr. 23 in Moscow. In July 1955, deployment of the first ten bombers started. 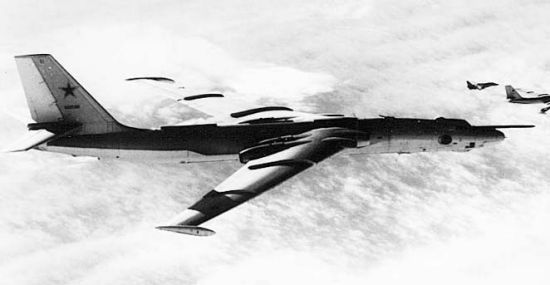 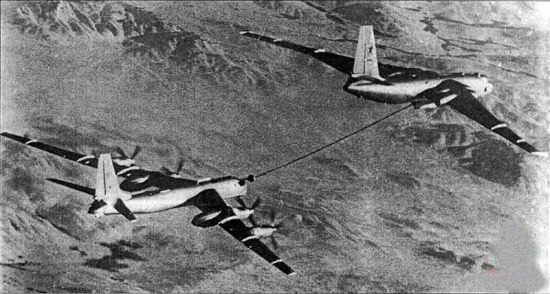 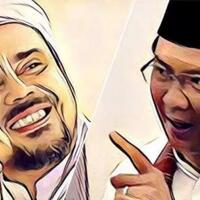 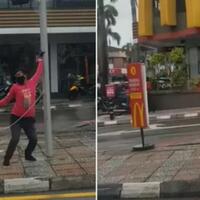 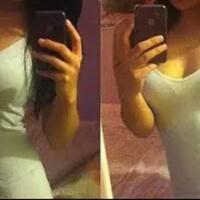 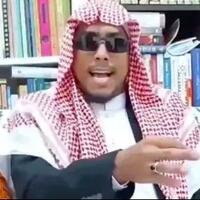