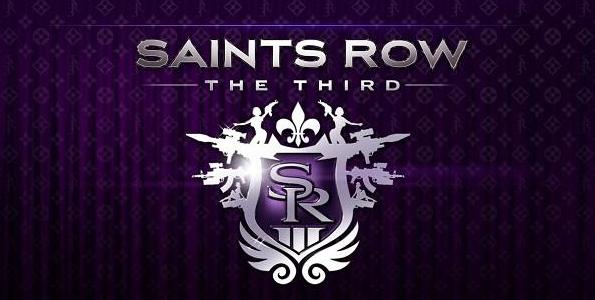 Quote:Plot
Having defeated the rival gangs of Stilwater at the end of Saints Row 2 and overthrown the influence of the Ultor Corporation on the city services, the Saints have found themselves with free control of the city. They target a bank, attempting to airlift the vault out of it, but the plan goes wrong, and the Saints are incarcerated. In prison, they learn about how an international crime agency called the Syndicate, led by Phillipe Loren, has taken over many of the banks (including the one the Saints struck) and bribed the Stilwater police force. Loren smuggles the Saints' leader (the player-character), Johnny Gat, and Shaundi out of jail and onto his private jet. While in-flight, he tells them they will be allowed to live if they turn over two-thirds of their gangs. The leader of the Saints rejects this offer, and a gunfight breaks out; ultimately, the player-character, Gat, and Shaundi all fall out the cargo hold of the plane, recover parachutes, and land safely.

With the Syndicate in full control of Stilwater, the Saints relocate themselves to the city of Steelport. Steelport is a city that was created as factories flourished with little city planning, and since has suffered from economic failure, contrasting the glamour of Stilwater. The Syndicate has already begun to take control of some parts of Steelport, focusing on vices like gambling and prostitution. To extend their reach, the Syndicate had divided their control of the city through three gangs. The Morning Star, lead by Loren directly, are typically European men with impeccable taste, selling guns and handling the prostitution rings. The Mexican wrestler Killbane controls the Luchadores who deal with selling drugs and gambling. The Deckers, led by hacktivist Matt Miller, are computer geniuses, and handle the money laundering. The Saints see the opportunity to take control of Steelport from these groups, and engage them to start to take control of the downtrodden city. As the gang war intensifies, a fourth group, the Special Tactical Anti-Gang (STAG) units from the government will attempt to halt any gang activity whether it be the Saints or the Syndicate.

In previous Saints Row games, the player would be able to approach each of the three rival gangs along separate storylines that ultimately culminated into a final conclusion. In The Third, the storylines between the three gangs are interconnected, and decisions that the player makes in dealing with one faction may alter the behavior of the other factions towards the player or missions that may be available later. The developers have focused on developing an open-ended storyline; the majority of storyline missions can be completed in multiple ways, and the decisions that the player makes on these missions will ultimately affect the game's ending.

Quote:Setting
The Third's game world is the fictional city of Steelport, which is stylistically influenced by Chicago, USA. It is presented in open world format, allowing it to be explored at the player's will. In The Third's premise, the Syndicate had taken over and rebuilt certain areas of the city to a modernized downtown, while the city's industrial areas remained rundown The city was not planned with zoned areas; as art designer Frank Calvert described in a March 2011 interview with Game Informer, there are skyscrapers built adjacent to steel mills. Art director Chris Claflin also described the studio's design goal for Steelport, which was to make it easy-to-navigate so that the player would not have to always rely on the mini-map and GPS systems. As such, the city has been specifically designed so that the downtown area can be viewed from any position on the map

Quote:Gameplay
The Third retains the blend of third-person action and driving sequences in open world, urban warfare format that is traditional in the Saints Row series. The player, as the leader of the Third Street Saints, can explore the city of Steelport, performing main missions that progress the game's story, and side missions. These side missions include Activities, mini-games initiated at various points in the game world, Strongholds, rival gang bases that can be taken over to control a section of Steelport and; Flashpoints, on-the-spot gang warfare. Successful completion of missions can earn the player in-game money, weapons, cars, and gang respect. Previous Saints Row games used respect as a way to unlock story missions; The Third uses respect as experience points which the player can then spend to improve specific attributes of their character, such as melee combat or firearms skills. A leveling system is introduced, and the player selects these attributes, or 'perks', each time the player character is leveled-up. Money can be used to purchase clothing items, weapons and cars, or may be used to upgrade weapons and cars with unique features, such as adding scopes or extra barrels to a weapon, which are then stored in the player's arsenal. Money can also be used to upgrade the Saints gang, customizing their appearance, outfits, and headquarters. Within The Third, the player can set up to four different appearance styles for their gang. Finally, money is also used to purchase shops and other properties within Steelport, which in turn will become a steady stream of income for the gang over time.

While completing some missions, the player may be given a choice of options to finalize the mission. For example, they may opt to destroy a rival gang's boat, including the prostitutes aboard, or instead capture it, and sending the prostitutes to the Saints' headquarters to boost the gang's morale. In another case, the player has the option of using a gigantic bomb to demolish one of the skyscrapers in the city; though they will gain a great deal of respect for the action, it will alter the city's skyline for the rest of the game and cause non-player characters to react differently to the Saints, while leaving the building standing allows it to be used as a headquarters for the Saints. New Activities have been introduced alongside many from previous Saints Row games.

The player's arsenal is presented as a pop-up compass through which weapons are equipped with the analog stick. Novelty weapons are introduced alongside the traditional arsenal of handguns and automatic weapons. Players will gain the ability to call down airstrikes on encamped enemies, or to use a remote control electric bug to control vehicles remotely. Unlike the first two games, there are no health recovery items in favor of improving the grenade throwing system; in exchange, the player's health will regenerate at a faster rate as long as they stay out of the line of fire. Nearly all actions in the game can be sped up by holding down a second controller button, dubbed by Volition as the "awesome button"; for example, when carjacking, holding down this button will cause the player character to missile-kick the driver out of the seat in short order.

In addition to the single-player mode, the game can be played co-operatively with at least one other player. As in Saints Row 2, the second player can participate in all missions and activities, earning credit for their completion. Certain activities provide different rules when a second player is present; for example, in the Guardian Angel activity, the second player will have to control the tiger in the backseat while the first player drives.Because of their focus on the single player and co-operative experience, Volition has removed competitive multiplayer from the title. 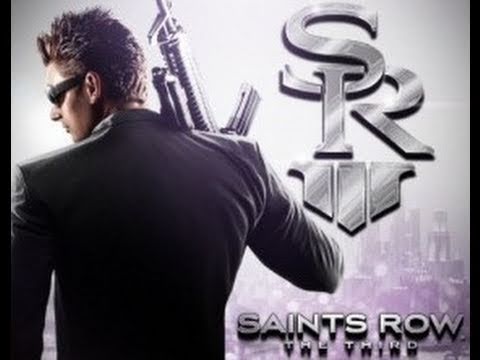 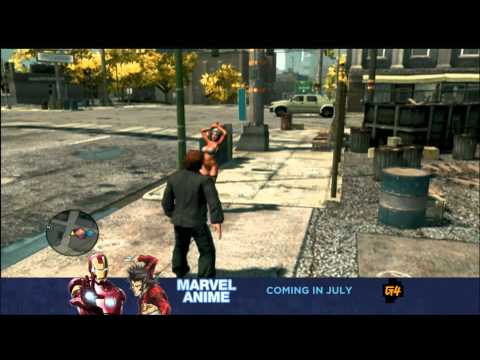 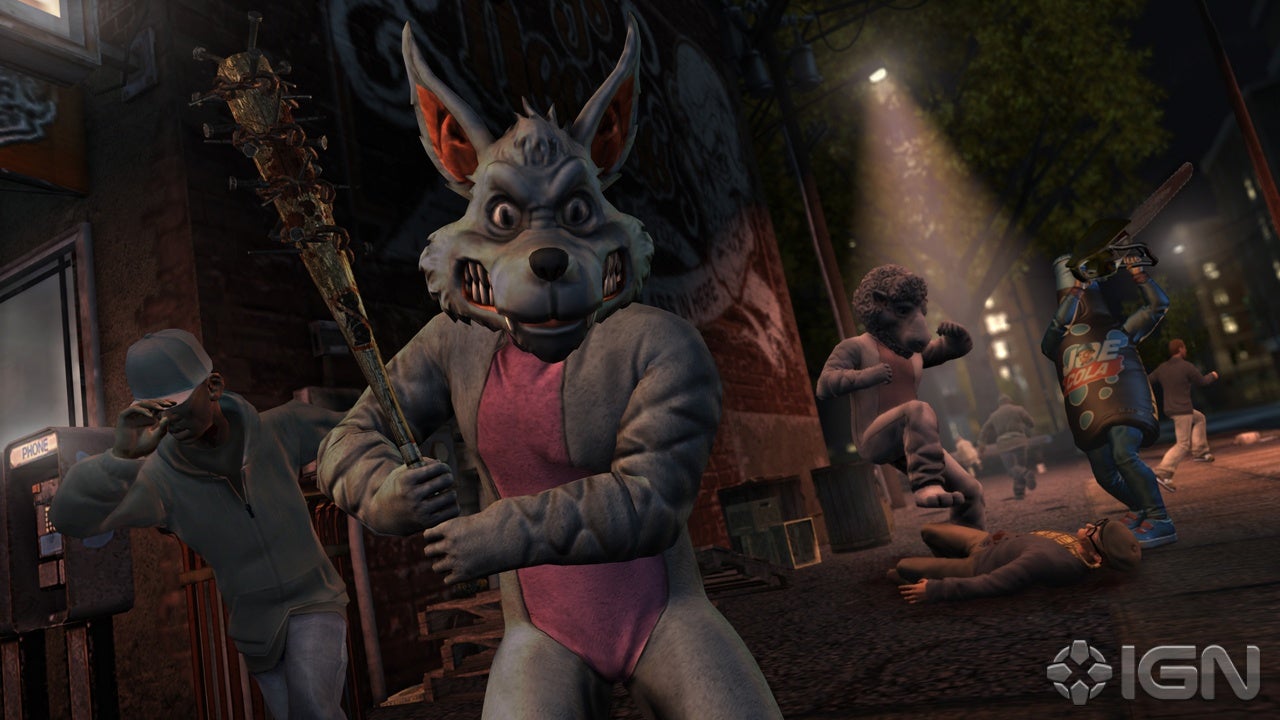 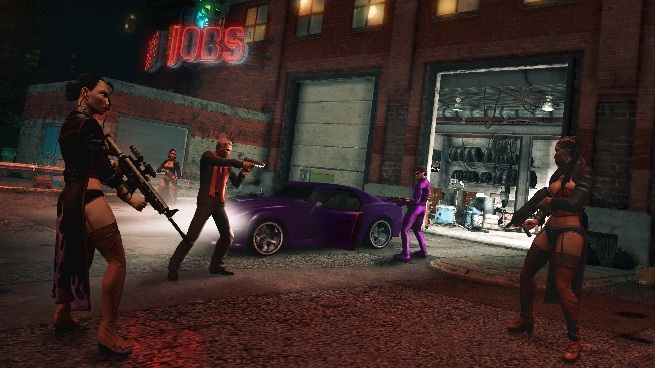 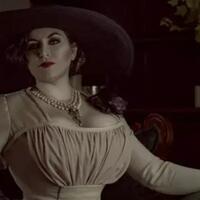 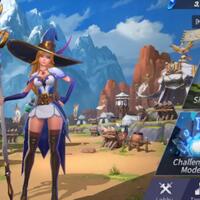 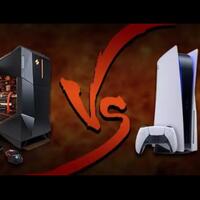 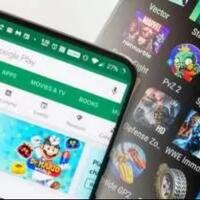 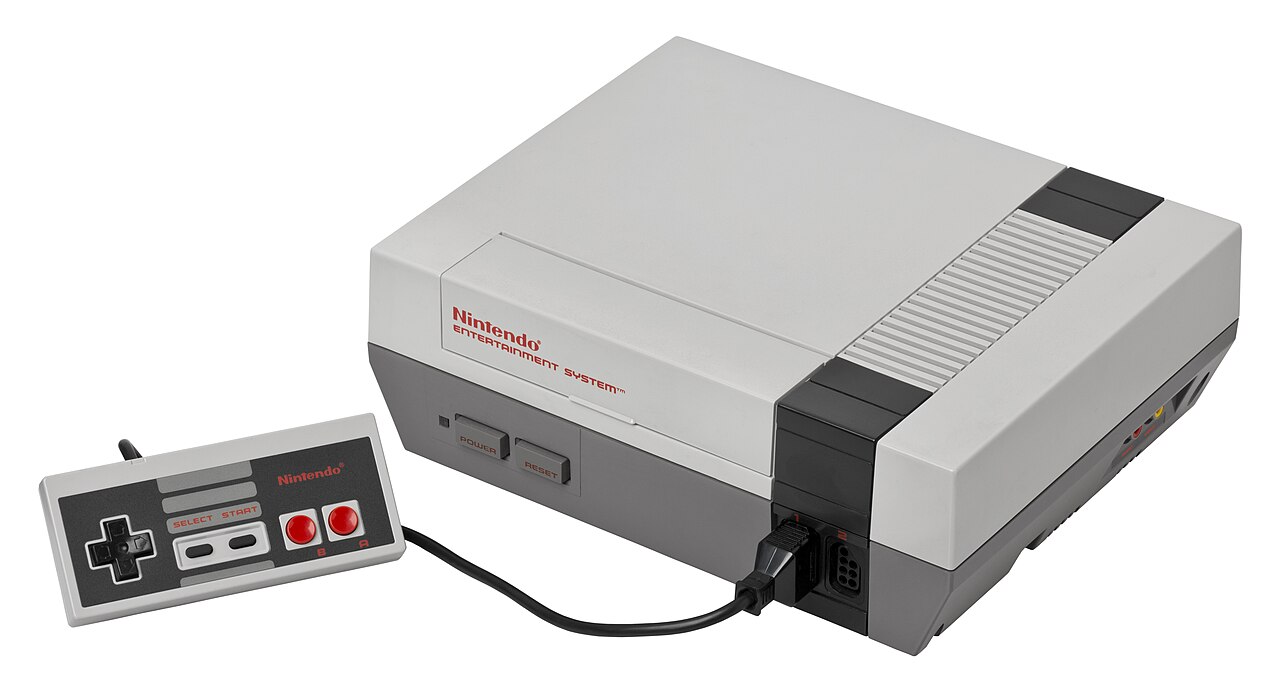